DP&S is proud of its partners, Kirk Pittard and Rick Thompson, who went back-to-back in the Texas Supreme Court this week. 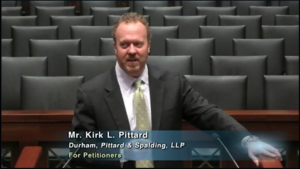 On Tuesday, Kirk presented argument on behalf of the Respondents in University of Texas M.D. Anderson Cancer Center v. Lance McKenzie and Deborah Diver, No. 17-0730.  The case involves a question of sovereign immunity claimed by M.D. Anderson after one of its physicians used a particular chemical fluid–designed to disperse a chemotherapy drug during treatment–that caused the clients’ daughter’s brain to swell and ultimately killed her.  You can watch Kirk’s argument here. 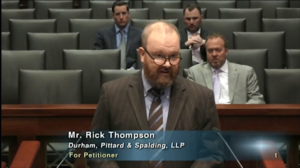 On Wednesday, Rick presented argument on behalf of the Petitioner in Barbara Technologies Corp. v. State Farm Lloyds, No. 17-0640.  This case involves the Texas Prompt Payment of Claims Act and whether the insurer’s invocation of a policy’s appraisal process and then payment of the appraisal award, but only after forcing the insured to sue its insurer, protects the insurer from penalties–interest and attorney’s fees–under the Act.  You can see Rick’s argument here. 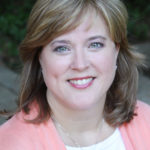 DP&S is pleased to announce that Tammy Holt has joined the firm’s Dallas office, effective February 11, 2019.  Tammy brings not only significant appellate experience to the firm, but also significant litigation experience, having tried a number of complex commercial cases.  Prior to joining DP&S, Tammy was Of Counsel at Rose Walker from 2007 to 2012, and then took over a solo practice in 2013 and formed the Holt Law Firm where she continued her trial and appellate practice.