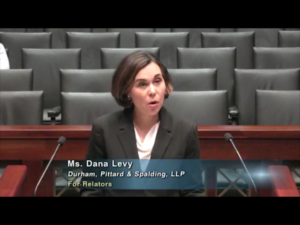 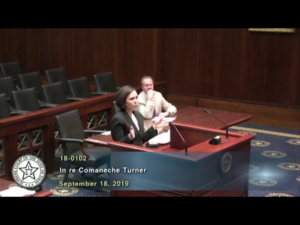 For the second day in a row, DP&S was proud to represent clients before the Texas Supreme Court.  Dana Levy presented argument in In re Comaneche Turner, a case dealing with whether the deposition of a non-party doctor in a medical malpractice case still requires an expert report as a mandatory prerequisite, as if the non-party was, in fact, a party to the case.  You can see Dana’s briefing here, and you can listen to her argument here. 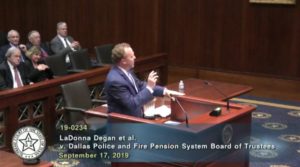 Kirk Pittard presented argument this morning in LaDonna Degan, et al. v. Dallas Police and Fire Pension System Board of Trustees, a case certified to the Texas Supreme Court from the Fifth Circuit Court of Appeals to answer whether certain changes made to the pensioners’ ability to withdraw money from their own accounts violate the Texas Constitution.  You can read the briefing here, and you can watch Kirk’s argument here.

Congratulations to Dallas partners Kirk Pittard, Leighton Durham, Thad Spalding, and Rick Thompson for being named “Super Lawyers” once again in the Appellate category by Super Lawyers Magazine, a Thomson Reuters publication, for 2019.  Kirk was also named to the “Top 100” list for Dallas/Fort Worth.