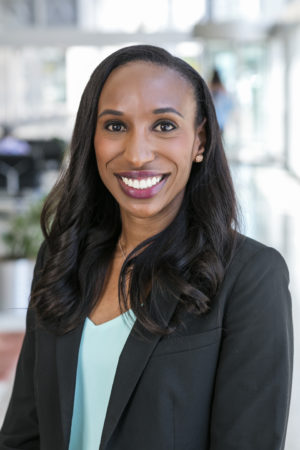 Lana P. Beverly joined the firm’s Dallas office in September 2019, after practicing at a litigation boutique, where she specialized in catastrophic personal injury and wrongful death matters in addition to complex commercial litigation cases.

Lana was born in Dallas, Texas but was raised in Memphis, Tennessee. She received her B.A., with distinction, from the University of North Carolina at Chapel Hill in 2006, and she earned her J.D. from the University of North Carolina School of Law in 2010. While obtaining her law degree, Lana served as a Notes Editor and staff member for the North Carolina Journal of Law & Technology and received the Gressman-Pollitt Award for Best Appellant in Coates College. Additionally, during law school, she completed an externship at the North Carolina Court of Appeals, which spurred her interest in the practice of appellate law.

Lana eventually returned to her birthplace of Texas after completing law school, serving as a judicial clerk for the Honorable Tom Price of the Texas Court of Criminal Appeals, the court of last resort for all criminal matters in the State of Texas, in Austin, Texas from 2010 to 2011. She was recognized by Thomson Reuters in Texas Monthly as a “Texas Rising Star” from 2018 to 2019. In addition to her legal practice, Lana is an active member of the Junior League of Dallas, where she mentors young girls in elementary and middle school.

Lana is licensed to practice law in all Texas state courts as well as the United States Court of Appeals for the Fifth Circuit and the United States District Court for the Northern, Eastern, Southern, and Western Districts of Texas.

Denial of State Farm’s mandamus petition seeking to avoid discovery in the uninsured/underinsured motorist context.  In doing so, the court of appeals discusses at length the distinction between a breach of contract claim against the UM/UIM insurer and common law or statutory claims for breach of duties of good faith and fair dealing.  Noting a distinction based on the historical development of the claims and their accrual, the court of appeals found that Brainard does not foreclose such claims.  Rather, another line of cases, beginning with the Texas Supreme Court’s opinion in Arnold (and modified later by Murray), which hold that the insurer’s duties of good faith and fair dealing can accrue prior to a judgment that would trigger the insurer’s contractual liability, controls and allows such claims, and supported the trial court’s order compelling discovery related to the insurer’s claims-handling practices.