Peter Kelly and Kirk Pittard were at it again last week, both arguing cases before the Texas Supreme Court. 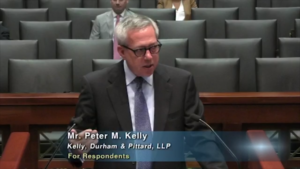 Peter argued on Tuesday, Texas Health Presbyterian Hosp. v. D.A. and M.A., regarding whether the heightened standard of proof applicable to emergency care physicians applies to a birth injury case in which the mother was not first seen or treated in the emergency room.  Peter’s argument can be seen here. 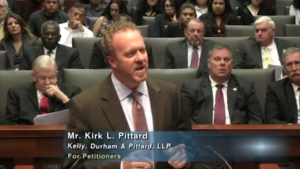 On Thursday, Kirk argued on behalf of Dallas first-responders in Larry Eddington, et al. v. Dallas Police and Fire Pension System, in a case dealing with whether the first-responders’ retirement benefits are protected by the Texas Constitution.  Kirk’s argument can be seen here.