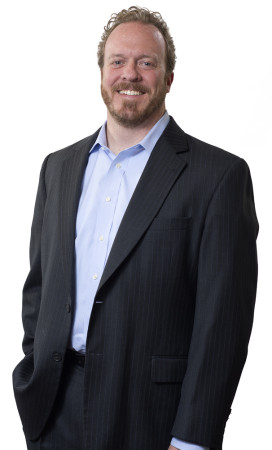 Kirk Pittard is a founding partner and like the rest of his firm, specializes in civil appeals and litigation support in state and federal court.  As an instrument rated pilot, Mr. Pittard also practices Aviation Law.

Kirk graduated from Baylor University School of Law in 1999 where he served as the Assistant Managing Editor for the Baylor Law Review and was on Baylor’s mock trial team. During law school, Mr. Pittard worked for Chief Justice John Boyd of the Amarillo Court of Appeals and the late Presiding Justice Michael Sullivan of the Mississippi Supreme Court.

After law school, and prior to establishing this firm, Kirk served as a briefing attorney for Justice Jim Moseley on the Dallas Court of Appeals and then joined Waters & Kraus, LLP, as part of their appellate group. While at Waters & Kraus, Kirk had a trial docket of toxic tort, pharmaceutical, commercial, and class action cases. Kirk managed the federal remand practice in certain pharmaceutical cases.

Observations from an Appellate Attorney at Trial: Preservation of Error and Other Good Stuff

The Review of New Trial Orders on Appeal

Panel Discussion Regarding the Jury Charge and Charge Conference

Preservation of Error for Appeal

Escabedo Decision: Navigating the Recovery of Medical Damages in a Personal Injury Lawsuit

Trends in Rulings by the Texas Courts of Appeals

Escabedo Decision: Navigating the Recovery of Medical Damages in a Personal Injury Lawsuit

The Long, Long Road of Paid or Incurred

Guest commentator, KTSA 550AM, regarding the Texas Supreme Court’s opinion in Haygood v. Escabedo concerning recovery of past medical expenses in civil cases

What Every Young Lawyer Needs to Know About…Mandamus Practice

Paid or Incurred After Escabedo

Legislative Update and the Escabedo Case

Paid or Incurred: What’s Happened, and What’s on the Horizon

What Every Young Lawyer Should Know About Legal Writing

The Fallibility of Eyewitness Testimony and the Texas Innocence Project

Texas Association of Legal Professional 53rd Annual Board Meeting and Education Conference (May 3, 2008)

Legal and Factual Sufficiency Review After City of Keller

The Meaning and Application of HB 4’s “Paid or Incurred”

How Can Appellate Counsel Add Value to Your Case Throughout Litigation?

Dead or Alive: The Collateral Source Rule After HB4.

What Good Is Appellate Counsel?

co-author(s): and The Honorable Deborah Hankinson

Lawyer Referral Fees and Advertising: A Final Report From the State Bar

Homeland Security: Plan Ahead Before Heading to Court

Denying mandamus relief, finding that trial court did not abuse its discretion in striking responsible third party designation by owner of gas facility of former minority-interest owner and contract-operator.  The court of appeals held that the minority owner, who sold its interest in the premises to the majority owner prior to the personal injuries at issue, owed no duty to the injured plaintiff because, under premises-liability principles, any such duty passed to the majority owner when its interest was sold.

In matter of first impression, affirming denial of Chapter 74 motions to dismiss filed by newly-added nurses, holding that for purposes of section 74.351(a), an action does not commence as to each defendant until it is first named as a defendant.

Under the Texas Tort Claims Act, the State’s sovereign immunity is waived if a negligent decision is coupled with use of tangible personal property and the use proximately causes injury.  Because the Act does not require that the tangible personal property be used in a negligent manner in order to waive sovereign immunity, the Texas Supreme Court held that the hospital’s use of an improper solution during a chemotherapy procedure was sufficient to waive immunity.

Successfully upheld an order denying a motion to transfer venue in a Texas Dram Shop Act case from Dallas County to Tarrant County on the basis that the plaintiffs had properly pleaded a cause of action against an employee of a bar who resided in Dallas County at the time of the incident. In an issue of first impression, the court of appeals unanimously held that the plain language of the Dram Shop Act provides a civil cause of action against not just the bar itself, but also an individual employee who overserves an intoxicated person.

Successfully defending trial court’s denial of an untimely motion to dismiss pursuant to the Texas Citizens’ Participation Act (the anti-SLAPP statute), finding the 60-day deadline to file the motion was not reset by an amended pleading that “d[id] not alter the essential nature” of the trade secret claim, “of which appellants had notice in the original petition.”

Approving sufficiency of expert’s report under Chapter 74, rejecting attack on “believability” of expert’s preliminary report, and holding that a board-certified orthopedic surgeon is qualified to offer an opinion as to the standard of care required of an emergency physician prescribing crutches, even though surgeon was not an emergency physician.

Successfully reversed summary judgment in favor of insured and insurer after defense counsel assigned by insurer agreed to settlement of claims but insured withdrew consent, where insurance policy was a non-consent policy which gave insurer unilateral right to settle case and insured no right to consent or, in this case, withdraw consent.

Holding that a funeral home owes a common law duty to a deceased’s next of kin to not mishandle the deceased’s body and that such a duty need not be based on the existence of a contract.

In a breach of contract case arising out of the sale of a helicopter, the Fifth Circuit vacated the District Court’s sua sponte grant of summary judgment against the buyer on a notice of revocation/rejection of acceptance issue never raised by the seller, finding that the District Court abused its discretion by not considering the evidence of rejection or revocation presented by the buyer in its Rule 59(e) motion.

Dismissing interlocutory appeal, originating from claim that collision with cow owned by a former doctor was really a health care liability case that required a Chapter 74 expert report, and sanctioning doctor and his attorney for refusing to dismiss frivolous appeal.

Denying mandamus relief and requiring the production of electronically stored information in native or near native format.

Reversing trial court’s dismissal of a medical malpractice case, concluding that trial court abused its discretion in doing so and that the Chapter 74 expert report sufficiently demonstrated a causal relationship between the physician’s negligence and the death of Mr. Mitchell.

Denial of emergency motion to stay and mandamus relief in a case in which the trial court granted a new trial based on its finding that the jury’s defense verdict was against the great weight and preponderance of the evidence.

Denial of petition for mandamus when the defendant challenged the trial court’s new trial order which was based on the jury’s verdict being against the great weight and preponderance of the evidence.

Denial of petition for mandamus when the defendant challenged the trail court’s new trial order entered after the defendant asked the trial court to impose constitutional due process limitations to a punitive damages award.

Rejecting the self-critical analysis privilege and requiring the production of relevant reports in a products liability case.

Affirming a judgment for approximately $1 million based on findings of fraud, DTPA violations, and gross negligence, as well as a finding piercing the corporate veil, arising out of a contractor’s failed effort to repair a foundation that ruined a homeowner’s house.

Denial of petition for review in case challenging a Chapter 74 expert report in a medical malpractice case.

Reversing a summary judgment concluding that a law firm failed to prove that attorney’s fees of over $1 million for just over 2 months of work in representing a small business was reasonable and necessary under the Arthur Anderson factors.

Reversing and remanding for a new trial when trial court refused to include the correct corporate entity on the jury form.

Upholding jury verdict in an automobile design defect case finding circumstantial evidence to support causation and sufficient evidence of an unreasonably dangerous design and of a safer alternative design.

Denying arbitration due to substantial invocation of the judicial process.

Upholding monetary sanctions against a defense attorney who violated a court order by making ex parte contacts with a plaintiff’s treating physicians.

Denying petition for mandamus concluding that the parties may agree to alter the statutory deadlines for designating responsible third parties.

Reversing a case that had been dismissed for want of prosecution.

Rejecting John Deere’s argument that a discovery order covering multiple makes and models of equipment was overly broad and unduly burdensome and establishing that a defendant bears the burden of proving the bases for objections raised in discovery.

Affirming denial of a doctor and his urology group’s motion to dismiss based on a challenge to an expert report in a medical malpractice case.

Reversing a summary judgment and an $829,816 judgment on counterclaims asserted against a plaintiff in a commercial real estate case.

Reversing a summary judgment granted against a personal injury plaintiff based on the doctrine of judicial estoppel due to an inadvertent omission in a bankruptcy filing.

Upholding an $869,200 judgment for personal injuries sustained when the plaintiff was hit in the back by a pallet jack being driven by a Wal-Mart employee.

Affirming an $8.5 million judgment in favor of a physician who was wrongfully terminated from his practice group.

Reversing a jury verdict in which a jury had awarded managing conservatorship of a child to a non-parent couple instead of to the natural father.

Affirming denial of a motion to dismiss based on a challenge to an expert report in a medical malpractice case.

Affirming denial of motion to dismiss based on challenge to an expert report in a medical malpractice case. Also holding that an expert need not opine as to willful and wanton negligence in a chapter 74 report despite argument that case is governed by the Emergency Room statute.

Reversing and remanding a $1,070,643 judgment based on a counterclaim asserted against the Plaintiff for claims of breach of contract, breach of fiduciary duty, fraud, and negligence.

Reversing and rendering a judgment based on legally insufficient evidence in a case involving a challenge to a deed conveying real property.

Granting the Plaintiff’s motion for remand in a toxic tort Benzene exposure case based on a lack of complete federal preemption.

Reversing and remanding the trial court’s granting of a no evidence summary judgment in a negligent hiring case.

Affirming the denial of Dallas County’s Plea to the Jurisdiction.

Affirming claim for workers compensation benefits when carrier does not comply with statutory deadlines for denying a claim.

Appeal of a forcible entry and detainer action.

Involved the reversal of a dismissal of a medical malpractice case concerning the adequacy of a 4590i expert report.

Affirming a punitive damages award in an asbestos case.