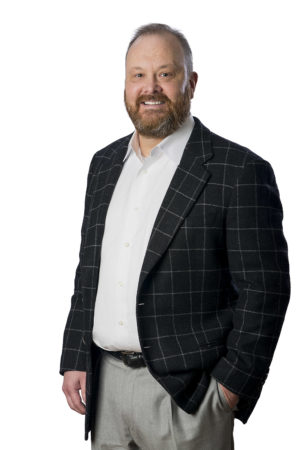 Rick Thompson joined the firm on November 1, 2018 and is an experienced civil appellate attorney who is Board Certified in Civil Appellate Law by the Texas Board of Legal Specialization.

Formerly a Partner at Hankinson, LLP and an Assistant Solicitor General at the Solicitor General’s Office of the Attorney General of Texas, Rick has successfully presented numerous oral arguments in state and appellate courts throughout Texas, including the Texas Supreme Court and the Fifth Circuit Court of Appeals. Rick has also appeared before the United States Supreme Court in several cases. Rick’s appellate experience spans many substantive and procedural areas, including state and federal constitutional and jurisdictional issues, as well as administrative and governmental appeals. He has particular depth in issues related to sovereign immunity. Over the course of his career, Rick has represented clients that include oil and gas companies, governmental entities, and private individuals.

Rick represents clients not only in post-trial proceedings and all other aspects of the appellate process, but also during the pretrial and trial phases of litigation. Rick is often asked to collaborate with trial counsel to develop and execute pretrial and trial strategy.

In wrongful death case arising out of an airplane crash, Independent Executrix of pilot’s estate objected to the Texas court’s exercise of jurisdiction over her because, she argued, she was not a citizen of Texas and the pilot’s estate had been informally closed before the lawsuit was filed.  The court of appeals rejected this argument, affirming the trial court’s conclusion that the Independent Executrix failed to meet her evidentiary burden to prove that her administration of the pilot’s Estate had been informally closed as a matter of law.

Successfully prevented the deposition of a severely impaired plaintiff before an examination to determine competency. An issue of first impression, the Fort Worth Court of Appeals found that Texas Rules of Evidence 104 and 601 apply to and impose a duty on trial courts to examine a deposition witness to determine his competency before the witness is deposed, and that the trial court abused its discretion by compelling the deposition without first conducting that examination.

Reversed and rendered take nothing judgment on claims of constructive eviction, finding that landlord-tenant relationship no longer existed at the time the former tenant was locked out of the property, and no evidence that the tenant abandoned the property based on the conduct of the landlord.

In this hail damage case, the Texas Supreme Court effectively overruled the so-called Brashears rule to preserve a Texas Prompt Pay Act claim following an appraisal award in certain circumstances.  The Court was fractured with 5 justices in the majority, 1 justice concurring in part and dissenting in part, and 3 justices dissenting.  Justice Green authored the opinion of the Court.