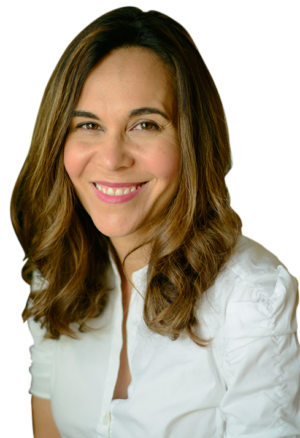 Dana Levy joined the firm as of counsel in April 2017, and was named partner in June 2020.

Ms. Levy was voted as one of Houston’s Top Professionals on the Fast Track by H Texas magazine in 2006. She has been recognized for her pro bono efforts in collaboration with the National Center for Missing and Exploited Children as well as the American Civil Liberties Union. She is a member of the Houston Bar Association and served as co-chair of the HBA’s Lawyer’s for Literacy Committee in 2016-2017.

Successfully defeated petition for writ of mandamus filed by Defendants who did not want to answer discovery related to financial transactions among themselves in the face of allegations of fraudulent transfers.

Successfully convinced court of appeals to reverse summary judgment in favor of oil well services company as to its vicarious liability for collision caused by a worker returning to remote well site after purchasing necessary supplies.  The court of appeals found fact issues existed as to both the existence of an employment relationship and whether the worker was acting in the course and scope of his employment.

Successfully reversed a Chapter 74 dismissal, holding that a cardiologist with hospital administration experience was qualified to opine as to a hospital’s policies and procedures for providing cardiac care.

Affirming $216,000 judgment following a jury trial for injuries suffered when plaintiff was struck by a community center van. The court rejected the center’s challenge to the jury’s damage awards for medical expenses and physical impairment, and also rejected center’s claim that all damages were capped by the Texas Tort Claims Act’s $100,000 liability limit that applies to a “unit of local government,” as opposed to the Act’s $250,000 cap applicable to the “state government.”

Affirming denial of Chapter 74 motions to dismiss filed by various health care providers, finding that challenged experts were qualified and that their reports satisfied Chapter 74’s gatekeeping functions in all respects.

Reversing summary judgment in electrocution case, finding fact issues regarding property owner’s control of the manner in which plaintiff’s work was performed, and that property owner had actual knowledge of the danger associated with requiring that plaintiff work on energized electrical lines—the two elements necessary to hold a property owner liable under Chapter 95 of the Texas Civil Practice and Remedies Code.

Denying mandamus relief, finding that trial court did not abuse its discretion in striking responsible third party designation by owner of gas facility of former minority-interest owner and contract-operator.  The court of appeals held that the minority owner, who sold its interest in the premises to the majority owner prior to the personal injuries at issue, owed no duty to the injured plaintiff because, under premises-liability principles, any such duty passed to the majority owner when its interest was sold.

Court held that the expert-report requirement to proceed with a health-care-liability claim does not apply to a non-party doctor’s deposition when the doctor is a fact witness with knowledge relevant to claims against the defendant Hospital, even if the doctor may also face the possibility of becoming a defendant.

In matter of first impression, affirming denial of Chapter 74 motions to dismiss filed by newly-added nurses, holding that for purposes of section 74.351(a), an action does not commence as to each defendant until it is first named as a defendant.

Affirming judgment following a jury trial concerning personal injuries suffered in an automobile collision.  In addition to rejecting the defendant’s many challenges to the jury’s causation and damage findings, the court of appeals also rejected an evidentiary argument regarding the improper admission of liability insurance, concluding that the defendant failed to show that the admission of such evidence caused rendition of an improper judgment.

Successfully defeated a healthcare provider’s petition for review to the Texas Supreme Court by providing merits briefing demonstrating that because the expert report satisfied Chapter 74 of the Texas Civil Practice and Remedies Code’s requirements regarding standard of care and causation as to an estate’s survival claim, the trial court did not abuse its discretion by also allowing a wrongful death claim to proceed.

In dispute between commercial property neighbors, successfully convincing the court of appeals to reverse and render a take-nothing judgment on a jury verdict awarding lost rental income for breach of a settlement agreement, finding legally insufficient evidence to support the loss of rental income damage award.

Reversing the dismissal of a civil rights case arising out of a sixth-grade assistant principal’s “mass, suspicionless strip search of the underwear of twenty-two preteen girls” in an effort to find a missing $50, finding that the search violated the girls’ constitutional rights under Texas and federal law.

Reversing summary judgment in a slip-and-fall case, finding that circumstantial creation evidence—evidence that the owner of a premises created the dangerous condition—can support an inference of knowledge on the part of the owner.