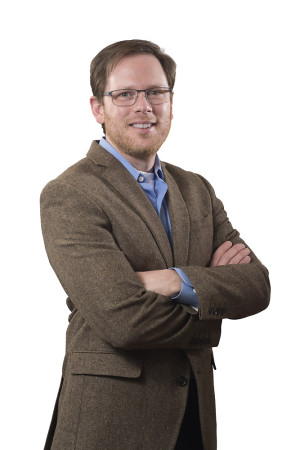 Leighton Durham is a founding partner and specializes in civil appeals and litigation support in both state and federal court. Leighton also handles transnational litigation and contract negotiation, having drafted and negotiated contracts involving natural resource mining throughout the world. Leighton is also routinely called on to evaluate and manage complex multinational litigation.

Leighton graduated first in his class from Texas Wesleyan School of Law (now known as the Texas A&M University School of Law) in 1999 where he was a member of the Texas Wesleyan Law Review. He then served as a briefing attorney for retired Justice John Ovard on the Dallas Court of Appeals and as a senior law clerk for Federal Judge Ed Kinkeade. Before establishing this firm in 2004, Leighton worked in the appellate group of Waters & Kraus, LLP, where he handled cases on appeal and provided trial support and substantive legal briefing. Leighton also had his own trial docket of toxic tort cases at Waters & Kraus, one of which he tried to a $3.6 million verdict.

Texas Monthly has awarded Leighton the honor of being named a Rising Star in appellate law for 2006, and from 2008-2012. Leighton has since been named a Super Lawyer in appellate law by Texas Monthly from 2013-2020. Leighton has served as lead appellate counsel on numerous appeals and briefed and argued substantive motions, including motions for summary judgment, forum non conveniens, Havner expert witness motions, jury charges, post-trial motions, motions for remand, and motions to dismiss. Leighton is licensed to practice law in both Texas and New Mexico.

What Good Is Appellate Counsel?

Successfully affirmed $2.15m verdict, with court of appeals upholding jury finding of negligence based on general contractor’s retention of contractual control over subcontractor, even where jury found that general contractor did not retain actual control.  Court of appeals also upheld jury’s “no” answer to the plaintiff’s contributory negligence and past and future medical expenses.

Affirming trial court’s ruling refusing to dismiss medical malpractice case based on the defendants’ challenge to the Chapter 74 expert reports.

Dismissing interlocutory appeal, originating from claim that collision with cow owned by a former doctor was really a health care liability case that required a Chapter 74 expert report, and sanctioning doctor and his attorney for refusing to dismiss frivolous appeal.

Affirming a judgment for approximately $1 million based on findings of fraud, DTPA violations, and gross negligence, as well as a finding piercing the corporate veil, arising out of a contractor’s failed effort to repair a foundation that ruined a homeowner’s house.

Denial of defendants’ petition for mandamus attempting to have 18 plaintiffs’ cases severed into 18 separate trials.

Reversing and remanding for a new trial when trial court refused to include the correct corporate entity on the jury form.

Denying arbitration due to substantial invocation of the judicial process.

Denying petition for mandamus concluding that the parties may agree to alter the statutory deadlines for designating responsible third parties.

Reversing a case that had been dismissed for want of prosecution.

Rejecting John Deere’s argument that a discovery order covering multiple makes and models of equipment was overly broad and unduly burdensome and establishing that a defendant bears the burden of proving the bases for objections raised in discovery.

Affirming the denial of a plea to the jurisdiction filed by the City of Irving based on a claim of sovereign immunity.

Reversing a summary judgment and an $829,816 judgment on counterclaims asserted against a plaintiff in a commercial real estate case.

Reversing a summary judgment granted against a personal injury plaintiff based on the doctrine of judicial estoppel due to an inadvertent omission in a bankruptcy filing.

Affirming an $8.5 million judgment in favor of a physician who was wrongfully terminated from his practice group.

Reversing a jury verdict in which a jury had awarded managing conservatorship of a child to a non-parent couple instead of to the natural father.

Affirming denial of a motion to dismiss based on a challenge to an expert report in a medical malpractice case.

Affirming denial of motion to dismiss based on challenge to an expert report in a medical malpractice case. Also holding that an expert need not opine as to willful and wanton negligence in a chapter 74 report despite argument that case is governed by the Emergency Room statute.

Successfully protected a judgment rendered after a jury trial in a complicated commercial suit involving more than $250 million in alleged damages.

Affirming a trial court’s denial of a defendant’s motion to dismiss in a medical malpractice case.

Granting the Plaintiff’s motion for remand in a toxic tort Benzene exposure case based on a lack of complete federal preemption.

Reversing and remanding the trial court’s granting of a no evidence summary judgment in a negligent hiring case.

Obtained reversal of a summary judgment granted against a plaintiff in an ERISA benefits dispute action.

Appeal of a forcible entry and detainer action.