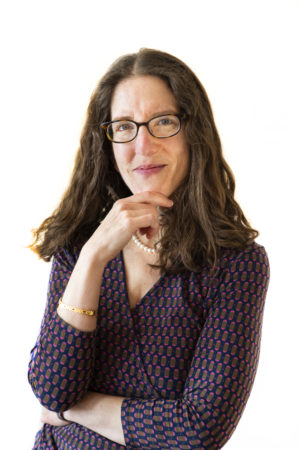 Caren joined the firm in January 2020.  Prior to that, she ran a solo appellate practice in Santa Fe for over fifteen years, representing clients on a wide array of substantive issues in civil and criminal appeals in state and federal courts.  Caren was certified as an appellate specialist from 2003 to 2019, during the tenure of the New Mexico Board of Legal Specialization.  Since 2007, Caren has been recognized by Southwest Super Lawyers as one of the top appellate attorneys in New Mexico.

Caren did her undergraduate work at St. John’s College in Annapolis, Maryland and Santa Fe, New Mexico.  She earned her Juris Doctor from the University of New Mexico School of Law, where she won the prize for excellence in legal research and writing for her thesis, “When Human Beings are Chattel:  The Jurisprudence of Involuntary Servitude.”

Upon graduating from law school, Caren served as a judicial clerk to the Honorable Santiago Campos in the United States District Court for the District of New Mexico and then went on to clerk for the Honorable Robert Henry in the United States Court of Appeals for the Tenth Circuit.  After her clerkships, Caren moved to Washington D.C. where she practiced in the Appellate Section of the Office of General Counsel at the Equal Employment Opportunity Commission.  In that capacity, she briefed and argued federal appeals in circuits throughout the country.  After returning to New Mexico, Caren joined Rothstein Donatelli, where she focused on Federal Indian Law and Employment Law, at both the trial and appellate levels.

Give Me Your Tired: Why an Appellate Specialist Should Be on Your Trial Team

Calling Daniel Webster: A Message from the Chair

The Basics of an Appeal: What Every Lawyer Needs to Know

Citing “Unpublished” Opinions: An Overview of the National Debate

The Methodology of Oral Argument

In a domestic relations appeal arising under the Uniform Child Custody Jurisdiction and Enforcement Act, the New Mexico Court of Appeals unanimously affirmed the judgment, including an attorney fee award.

Successfully convinced the New Mexico Supreme Court to reinstate Plaintiffs’ appeal that was wrongly dismissed as untimely by the New Mexico Court of Appeals.  The Supreme Court held that the Court of Appeals improperly gave “greater weight to procedural formalities than to basic rights of appeal” and should have deferred to the district court’s decision to grant an extension of the Plaintiffs’ notice of appeal deadline based on excusable neglect.

In this domestic relations appeal, the Court of Appeals unanimously affirmed the district court’s method of calculating the community’s interest in Husband’s retirement benefits and valuing Wife’s share.  The Court of Appeals also affirmed the district court’s refusal to allow Wife’s late-disclosed expert to testify, where Wife offered her expert report months after the evidentiary hearing.

As a matter of first impression, holding that wife had no community lien interest in asset of irrevocable trust – a life insurance policy with a net death benefit over $5 million – where husband created and funded the trust prior to marriage.

In complex multi-jurisdictional same-sex custody battle, reversing district court’s finding that petition should be heard in Oklahoma and remanding for adjudication of parentage of biological mother’s former domestic partner.

Reversing error of district court in awarding windfall of parcel of land in boundary dispute between neighboring ranchers.

Upholding judgment on jury verdict in favor of employee injured by railroad, rejecting railroad’s challenge to admission of evidence of subsequent remedial measures and of injuries to other railroad employees.

Reversing reckless child abuse conviction and 18-year term of imprisonment of father whose baby died while in his care.

Reversing “draconian” use of summary judgment procedure as antithetical to New Mexico’s approach.

Holding that statutory scheme that denied same-sex couples the right to marry violates the Equal Protection Clause of the New Mexico Constitution.

As a matter of first impression, holding that Uniform Parentage Act’s statutory presumption conferring status of father on a man applies equally to same-sex partner of child’s adoptive mother, noting that classifications based on gender are presumptively unconstitutional and that denying partner opportunity to establish parentage would harm both the child and the State.

In suit against police officers challenging arrest under 42 U.S.C. § 1983, reversing in part judgment on jury verdict for defendants, holding that probable cause to support arrest was lacking where officer observed inherently innocuous behavior with a plausible innocent explanation.

Reversing termination of father’s parental rights where district court erred in failing to appoint counsel for child who was over the age of 14, even where child had a disability and was not functioning at the mental age of 14; holding that father had standing to raise the right-to-counsel issue on behalf of his child.

In action brought under 42 U.S.C. § 1983 for unlawful arrest and unreasonable search and seizure, on review of partial summary judgment on qualified immunity grounds, holding that officers were on reasonable notice that their warrantless arrest violated the Fourth Amendment and was not justified by exigent circumstances.

Holding that State does not have jurisdiction to prosecute enrolled tribal members for alleged crimes occurring within the exterior boundaries of an Indian Pueblo.

Holding that Indian Pueblo did not waive its sovereign immunity on breach of lease claim, and tribal officials were not liable under 42 U.S.C. § 1983 for actions taken under color of tribal law.

Affirming jury verdict for injured pedestrian, holding that a plaintiff is not required to name an individual public employee as a defendant to recover damages under the Tort Claims Act; naming only a governmental entity is sufficient.

In class action brought by family members of decedents whose body parts were taken surreptitiously and used in experiments at Los Alamos National Laboratory to test plutonium levels, reversing summary judgment on statute of limitation grounds granted in favor of physician who performed autopsies in aid of experiments.

Reversing summary judgment for employer in suit brought by employee under the Americans with Disabilities Act.

Reversing summary judgment for employer in suit brought by employee under the Americans with Disabilities Act.

Affirming order to show cause to compel compliance with subpoena due to company’s failure to turn over documents relevant to Commission’s charge of race and sex discrimination.

In Title VII hostile work environment claim, holding that front pay is not an element of compensatory damages subject to the statutory cap in the Civil Rights Act of 1991.

Reversing judgment on the pleadings entered in favor of company charged with discrimination under the Americans with Disabilities Act.

Reversing summary judgment for employer in suit brought under the Americans with Disabilities Act; in spite of plaintiff’s statement in Social Security Disability Insurance application about her inability to work, the Commission was not estopped from asserting that plaintiff was a qualified individual with a disability, i.e. that she could perform the job’s essential functions with or without a reasonable accommodation.

Affirming awards of punitive damages to class of women under the Pregnancy Discrimination Act against employer who had a written policy barring pregnant waitresses from waiting tables past their fifth month of pregnancy; concluding that there was sufficient evidence for jury to find that employer acted with reckless indifference to the civil rights of its pregnant employees; as a matter of first impression, holding that each aggrieved employee may receive up to the full amount permitted by the applicable statutory cap on damages.