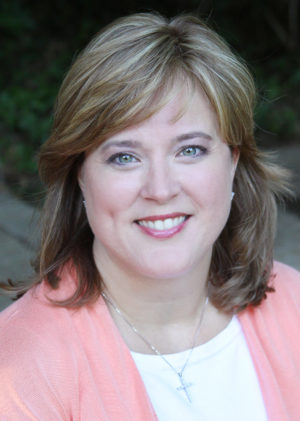 Tammy Holt joined the firm in February 2019 as an experienced trial and appellate attorney.

Tammy spent the first 10 years of her career handling all aspects of commercial litigation, first as an associate at Kemp Smith in El Paso, Texas and then as an associate and partner at Brown McCarroll in Dallas, Texas. During that time, Tammy represented clients in consumer DTPA cases, commercial disputes, products liability, and premises liability cases. Tammy utilized that trial experience to transition into pre-trial and trial support, including legal research and writing and state and federal court briefing, and briefing and arguing in Texas Courts of Appeals, when she joined Rose Walker in 2007. At Rose Walker, Tammy specialized in the research and writing necessary to support a robust trial team in both state and federal cases, by writing and arguing any motions necessary to advance or defend the case–including dispositive motions, expert challenges, evidentiary and discovery motions, and post-trial motions. During trial, Tammy provided trial support including preservation of error, trial briefs, and arguing the charge conference. Post-trial, Tammy also handled post-trial motions, and the appeals of cases to the Fort Worth and Houston’s Fourteenth Courts of Appeals.

In 2013, Tammy had the opportunity to take over a solo practice and formed The Holt Law Firm, where she continued her briefing and appellate practice, both for her own docket as well as the dockets of other trial attorneys and law firms throughout Texas, while she also handled a very active, commercial litigation docket.

Tammy graduated from Texas A&M in 1992, and The University of Texas School of Law in 1996. In law school, Tammy was a finalist in the Moot Court competition, and a member of the Board of Advocates, and the Legal Research Board, a service through which attorneys hired law students to provide research and briefing support. One of her judges in the Moot Court competition, Tom Harkness, a partner at Whitehurst, Harkness & Watson, hired Tammy to be a clerk during law school.

Tammy was the Vice President of the El Paso Young Lawyers Association and a Judge and Organizer for the State-Wide High School Mock Trial Competition. She attended the National Institute of Trial Advocacy Trial Advocacy Course in 2004. Tammy has also served as a judge in the City of Coppell Teen Court and coordinated projects with Hearts & Hammers in Dallas.

Tammy is licensed in Texas and New Mexico, as well as the United States District Courts for the Northern, Eastern, and Western Districts of Texas, and the U.S. Fifth Circuit Court of Appeals.

Congratulations to DP&S lawyers Kirk Pittard and Tammy Holt who were part of a trial team lead by Steve Laird, Robert Collins, Seth McCloskey, and Bracken Millar, that recently settled a double-fatality trucking case for $19 Million (for non-economic damages only) the day before the case was set to go to trial in Tarrant County.

Successfully prevented the deposition of a severely impaired plaintiff before an examination to determine competency. An issue of first impression, the Fort Worth Court of Appeals found that Texas Rules of Evidence 104 and 601 apply to and impose a duty on trial courts to examine a deposition witness to determine his competency before the witness is deposed, and that the trial court abused its discretion by compelling the deposition without first conducting that examination.

Successfully defended trial court’s order granting motion to quash discovery sought, pursuant to In re North Cypress, “of the fees charged and accepted from other patients for the same medical services that were provided or recommended to the plaintiff,” holding that In re North Cypress was readily distinguishable.

On motion for rehearing en banc, successfully convinced panel to reverse itself and award Plaintiffs the total damages ($1,070,050) awarded by jury, rather than a drastically reduced amount ($200,000) based on the amount originally pled.  The court of appeals rejected its original position that the Plaintiffs’ attempt to amend its petition to be consistent with the jury’s verdict was an impermissible attempt to amend the pleadings “post-judgment.”  A matter of first impression, the court of appeals adopted “the more reasonable view” that, because Plaintiffs sought leave to amend their petition before the Amended Final Judgment was signed, the amended pleading was timely.

Successfully dismissed interlocutory appeal for lack of jurisdiction by independent contractor who contracted with a government entity to manage a nursing home. Claiming derivative sovereign immunity, the contractor sought to appeal the trial court’s denial of its plea to the jurisdiction. Without reaching the substance of the derivative sovereign immunity claim, the Court of Appeals dismissed the appeal, holding that contracting with a government entity did not transform the contractor into a “governmental entity” entitled to appeal under the interlocutory appeal statute.

Successfully reversed no evidence and traditional summary judgment in a dog bite case, convincing court of appeals that Plaintiff’s claims of strict liability, negligent handling, and gross negligence were supported by deposition testimony that dog was “leery” around strangers, prone to nip at heels, and that owners considered putting the dog away when plaintiff visited, but decided not to.  The court of appeals also refused to hold that compliance with a local leash law negated an element of plaintiff’s claim when the plaintiff did not allege a violation of the leash law.