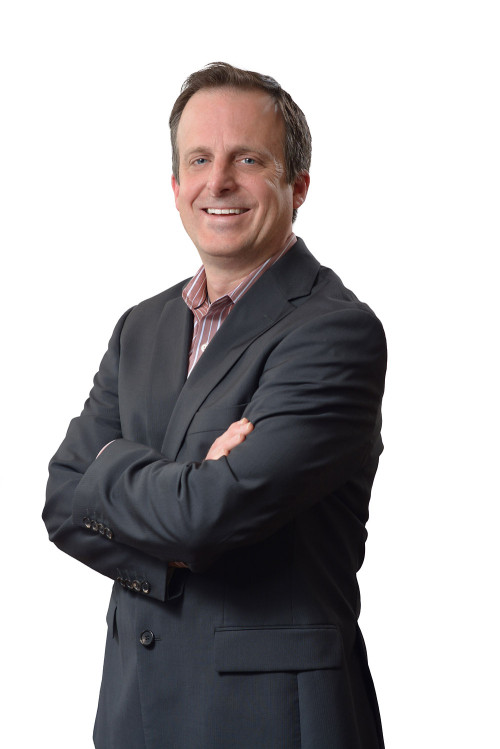 Prior to joining the firm, Thad D. Spalding was a member of the appellate sections of San Antonio firms Ball & Weed, P.C., and Prichard, Hawkins, McFarland & Young, LLP. Thad and his family moved to Dallas in 2001 where Thad helped start Hermes Sargent Bates, LLP’s appellate section. In 2010, Thad joined The Law Offices of Marc H. Richman, where he continued to handle appeals and litigation support, along with a trial docket of complex personal injury, commercial, and family law cases.

Throughout his career, Thad has served as lead counsel on numerous appeals, has successfully argued cases before many of the intermediate courts of appeals, the Texas Supreme Court, and the Fifth Circuit Court of Appeals, and has assisted trial counsel by briefing and arguing complex motions for summary judgment, jurisdictional objections, expert witness challenges, jury charges, and post-trial motions throughout Texas in both state and federal courts.

Thad has been Board Certified in Civil Appellate Law by the Texas Board of Legal Specialization since 1999, and, since 2002, has been an active member of the State Bar of Texas Committee on Pattern Jury Charges – General Negligence and Intentional Personal Torts. He was recognized by Thomson Reuters in Texas Monthly as a “Texas Rising Star” in 2004 and then a “Super Lawyer” from 2004-2008 and again from 2014-2020, by ALM and Law.com in 2012 as a Texas “Top Rated Lawyer” in the Appellate category, and by D Magazine as a “Best Lawyer in Dallas” in the Appellate category from 2011-2014, 2016, 2018 and again in 2020. Thad is also rated AV Preeminent, the highest possible rating in both legal ability and ethical standards, by Martindale-Hubbell.

Thad is licensed to practice law in Texas, New Mexico, and Oregon.

Punitive Damages: A waste of time? Or a means to an end?

Let the Jury Charge be Your Guide

Let the Jury Charge be Your Guide

The Review of New Trial Orders on Appeal

Ring in 2014 with a New Subrogation World Order

What Every Young Lawyer Should Know About Legal Writing

Contribution and Responsible Third Party Practice:Before and After July 1, 2003

Successfully convinced court of appeals that summary judgment based on the Workers’ Compensation Act’s exclusive remedy provision was not proper where fact issues existed as to whether killed and injured passengers’ travel from drilling site to bunkhouse originated in or related to Amerimex’s business.

Affirming $216,000 judgment following a jury trial for injuries suffered when plaintiff was struck by a community center van. The court rejected the center’s challenge to the jury’s damage awards for medical expenses and physical impairment, and also rejected center’s claim that all damages were capped by the Texas Tort Claims Act’s $100,000 liability limit that applies to a “unit of local government,” as opposed to the Act’s $250,000 cap applicable to the “state government.”

Reversing plea to the jurisdiction and affirming the denial of an identical plea in another case, filed by GTECH, a private contractor hired to provide instant ticket manufacturing and services to the Texas Lottery Commission.  Following its prior opinion in Brown & Gay Eng’g, Inc. v. Olivares, 461 S.W.3d 117 (Tex. 2015), the Court determined that because GTECH had discretion with regard to game design, and the Lottery Commission did not control the manner in which that work was performed, GTECH was not entitled to immunity.

Reversing summary judgment in electrocution case, finding fact issues regarding property owner’s control of the manner in which plaintiff’s work was performed, and that property owner had actual knowledge of the danger associated with requiring that plaintiff work on energized electrical lines—the two elements necessary to hold a property owner liable under Chapter 95 of the Texas Civil Practice and Remedies Code.

Affirmed summary judgment in favor of ex-husband on ex-wife’s assault claims based on prior settlement agreement that includes those same claims as part of parties’ divorce.

Successfully upholding judgment, under a clear and convincing evidence standard, terminating parental rights and imposing permanent injunction against a father convicted of child pornography, and placing the child with her grandparents.

In a case of first impression, the Texas Supreme Court affirmed the right of a person who is wrongfully accused and later acquitted of a crime to have the records related to that arrest expunged—even though the person was also arrested on an unrelated offense, to which she pled guilty. In affirming the opinion of the Dallas Court of Appeals, the Texas Supreme Court rejected the State’s “arrest based” interpretation, expressly disagreeing with numerous courts of appeals that had adopted this same interpretation. Instead, the Texas Supreme Court concluded that the statute’s plain language is not arrest-based and therefore does not prohibit the expunction of records related to an acquitted offense, even where the arrest includes another, unrelated offense.

Successfully reversed summary judgment in favor of insured and insurer after defense counsel assigned by insurer agreed to settlement of claims but insured withdrew consent, where insurance policy was a non-consent policy which gave insurer unilateral right to settle case and insured no right to consent or, in this case, withdraw consent.

Successfully defended summary judgment in favor of landlord for unpaid rent by commercial tenant who terminated lease early, but failed to pay full amount of rent owed.  Tenant argued that landlord did not sufficiently mitigate its damages by giving new tenant first two months free, and therefore was not required to pay rent it owed for those months.  The Dallas Court of Appeals rejected this argument.

In a case of first impression, the court of appeals affirmed an order granting the expunction of records relating to an arrest for felony aggravated assault for which T.S.N. was subsequently acquitted.  The State, claiming that the entire expunction statute is “arrest based,” argued that the records could not be expunged because, when T.S.N. was arrested, she was also arrested on a totally unrelated misdemeanor theft charge to which she ultimately pled guilty.  The court of appeals rejected this “arrest-based” interpretation, concluding that, based on the plain language of article 55.01(a)(1) of the Code of Criminal Procedure, a guilty plea to a wholly unrelated offense does not prohibit the expunction of records related to the acquitted offense, even where the arrest arises out of both.

Dismissing appeal pursuant to vexatious litigant statute, where Hornbuckle repeatedly filed lawsuits contesting the foreclosure on a specific piece of real property in Arlington, Texas, including this case.  The court of appeals concluded that the trial court’s dismissal of the underlying lawsuit was proper, and dismissal of Hornbuckle’s appeal was proper pursuant to Texas Civil Practice and Remedies Code Ch. 11.

In a personal injury case arising out of faulty construction of family’s new home, the court of appeals reversed the trial court’s judgment which dismissed the parents’ claims for failing to disclose the claims in bankruptcy. The court of appeals also reversed the trial court’s award of sanctions under the DTPA, finding that the children’s DTPA claims were not groundless.

In a breach of contract case arising out of the sale of a helicopter, the Fifth Circuit vacated the District Court’s sua sponte grant of summary judgment against the buyer on a notice of revocation/rejection of acceptance issue never raised by the seller, finding that the District Court abused its discretion by not considering the evidence of rejection or revocation presented by the buyer in its Rule 59(e) motion.

Denial of petition for mandamus when the defendant challenged the trail court’s new trial order entered after the defendant asked the trial court to impose constitutional due process limitations to a punitive damages award.

Reversing a summary judgment in a case of first impression involving the interpretation of the Texas Condominium Act.

Reversing a defense verdict in a personal injury case and remanding for a new trial.